Vegucated is a feature-length documentary that follows three meat- and cheese-loving New Yorkers who agree to adopt a vegan diet for six weeks. They have no idea that so much more than steak is at stake and that the fate of the world may fall on their plates. Lured with true tales of weight lost and health regained, they begin to uncover hidden sides of animal agriculture and soon start to wonder whether solutions offered in films like Food, Inc. go far enough.

Part sociological experiment, part science class, and part adventure story, Vegucated showcases the rapid and at times comedic evolution of three people who share one journey and ultimately discover their own paths in creating a kinder, cleaner, greener world, one bite at a time.

Gene Baur is co‑founder and president of Farm Sanctuary, America’s leading farm animal protection organization. Gene Baur has been hailed as “the conscience of the food movement” by TIME magazine. For 25 years he has traveled extensively, campaigning to raise awareness about the abuses of industrialized factory farming and our cheap food system. His book, entitled Farm Sanctuary: Changing Hearts and Minds About Animals and Food, was published in March 2008 and has appeared on the Los Angeles Times and The Boston Globe best-seller lists. Gene holds a master’s degree in agricultural economics from Cornell University. 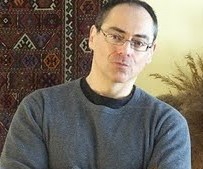 Philippe Orlando shot the factory farming footage used in Vegucated (as well as some of the footage used in Earthlings narrated by Joaquin Phoenix and Meet Your Meat narrated by Alec Baldwin). Originally from France, Philippe graduated from the University of Massachusetts, and studied at Boston Film and Video Foundation where he learned film, video production and editing. Philippe is a Greenbelter, vegan and fitness expert. 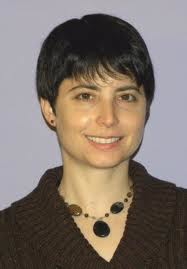 Dawn Moncrief is the Founding Director of DC-based, A Well-Fed World. AWFW is a hunger relief and animal protection organization that partners with and strengthens grassroots vegan feeding programs, farm animal care, and pro-veg advocacy. Dawn’s specialty is the detrimental effects of meat consumption on global hunger and climate change.