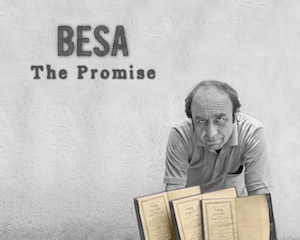 During WWII, the Muslim-majority country of Albania opened its borders to Jews & protected them from the occupying German troops. Besa: The Promise weaves the heroism of everyday Albanians through a Muslim storekeeper’s promise to return 3 Hebrew books to the Jewish family his father rescued.

Christine Solinski Romero, Producer/Editor of the film, & Johanna Neumann, whose family sheltered in Albania during the Holocaust, will lead the discussion.