The House We Live In 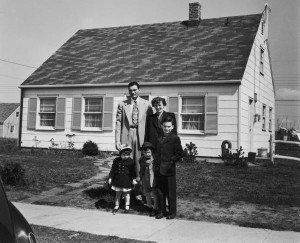 The film this month will be “The House We Live In,” the third part of the PBS series “RACE: The Power of Illusion.” It deals with ways that banks, lending agencies, and other institutions control the ways mortgages are provided to different groups, resulting in racial biases in housing and how “color-blindness” only perpetrates the problem. While Greenbelt is not mentioned in the film, some footage of it (from “The City”) is shown. Dianne Lyday and Nora Howell from Baltimore Racial Justice Actiom will lead the discussion following the film.

If you need/want more information, contact Shirley Middleton at 301-446-1773. Begin leaving a message since we use our message machine as a screener and it may take me a while to get to the phone. I’m usually home during the day (except Thursdays).