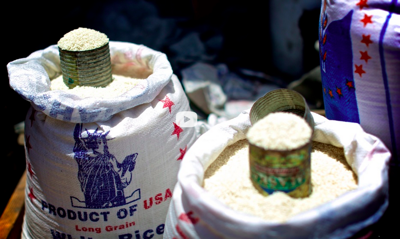 Poverty, Inc. takes a close look at the poverty industry that has grown over the decades. The results of interventions on behalf of the poor in developing countries have been mixed, even catastrophic in some cases. Developing world leaders have been calling for change. Drawing on over 150 interviews it explores the hidden side of “doing good”.

From disaster relief to TOM’s Shoes, from adoptions to agricultural subsidies, Poverty, Inc follows our most well-intentioned efforts and pulls back the curtain on the poverty industrial complex – a multi-billion dollar market of NGOs, multilateral agencies, and for-profit aid contractors. Does this system catalyze development or does it perpetuate a system in which the poor stay poor while the rich get hipper?

The film challenges each of us to ask the tough question: Could I be part of the problem?

The discussion leader for the evening will be Dr. Ronda Ansted. Dr. Ansted, of Greenbelt, has long been involved with global poverty alleviation efforts, including working as a Peace Corps Volunteer in rural South Africa and in business development for international NGOs. She recently completed her doctoral degree researching the challenges in the international aid industry and best practices for market-based interventions.