Climate of Hope and The Ultimate Wish 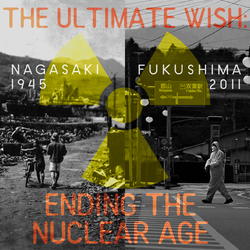 Climate of Hope, a 30-minute documentary by Scott Ludlam, provides background information about nuclear energy and climate change. The Ultimate Wish, a 40-minute documentary by Robert Richter, gives voice to two survivors of nuclear radiation: one in Nagasaki in 1945 and the other in Fukushima in 2011. Sakue Shimohira, age ten, was hiding in a Nagasaki shelter when the nuclear bomb dropped on August 9, 1945. Takako Shishido, living in Fukushima at the time of the March 2011 nuclear power plants’ triple meltdowns, tells us what happened and what she would like to see happen now.

After the film, Tim Judson, the new executive director of the Nuclear Information and Resource Service (NIRS), will lead the discussion about the dangers of nuclear proliferation.