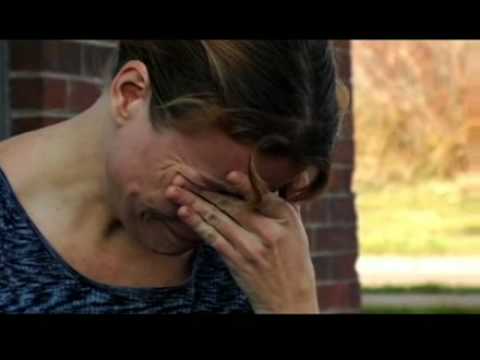 Power and Control, Peter Cohn’s 2010 documentary about physical and emotional abuse in families, explores the Domestic Abuse Intervention Project, otherwise known as the Duluth model, which coordinates the response of police, courts and social services. After the film two Greenbelt actors, Kathy Gordon and Katherine Jones, will perform a skit about domestic violence.

In the summer of 2008, Kim Mosher, 30, packed her three daughters into her car and left her abusive husband. She had vowed she would hang on to the marriage at any cost but when her husband started abusing their children, she felt she had no choice. The film follows her over the course of several months as she first moves to a battered women’s shelter, then struggles to find a job and affordable housing. The film includes brief interviews with several of the abusers, including Kim’s husband.

The film explores the Domestic Abuse Intervention Project, otherwise known as the Duluth model, which coordinates the response of police, courts and social services. Policies include mandatory arrest when injury is involved and therapy. A nationwide study found that batterers who complete programs based on the Duluth model are less likely to repeat acts of domestic violence than those who do not complete any batterers intervention program.

Katherine Jones graduated in 2014 with a Bachelor’s degree in Fine Arts. For her senior project she directed a play to raise awareness about sexual violence and later on directed the same play at a local community college and a professional theater. Kathy Gordon has her own dance company called K.G.Gordon, a contemporary dance/movement theater company based in D.C. with a unique storytelling choreography. Kathy also performs for Synetic, most recently as the Dark Angel in the play The Mark of Cain.