Date: Third Monday of every month
Time: The free film starts at 7pm.
Dinner: Dinners are available at the café after 4pm with several plant-based options.
Carryout: The Co-Op Supermarket Meatless Monday meals can be picked up from the “grab and go” for Zoom at-home viewing after 11am.
Location: Online or at the New Deal Cafe – 113 Centerway in historic Greenbelt, MD
Public transportation: The cafe is accessible by Metro Buses G12, 13, 14 and 16 from the Greenbelt Metro station.

Celebrate Reel and Meal’s 7th Anniversary along with the Green Party! 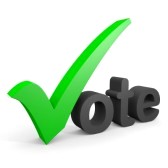 We’ll have a delicious birthday cake to celebrate R&M’s birthday!

Join representatives from the Prince George’s and Montgomery Counties Green Party as they explore An End to Lesser-Evil Voting! A series of film clips will be screened to illustrate the major flaws inherent in our electoral system and how one simple solution—Instant Runoff Voting (IRV)—can make a big difference. Takoma Park passed IRV in 2005; come and learn so we can make it happen in Greenbelt.

Come discuss how we can make the democratic voting process accessible and fair for all.

The Midterm Election is right around the corner and it’s an important one.

We’ll register people to vote, too!

Mark Miller, Greenbelt Green Party activist and attorney who helped get the Green Party on the state ballot. Mark works as a reference librarian at Montgomery College.