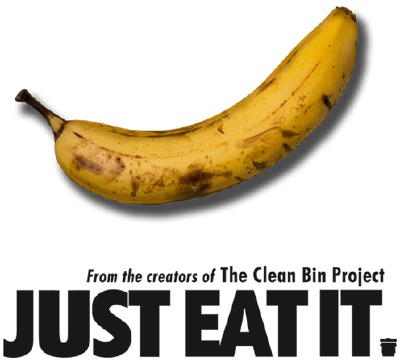 We all love food. As a society, we devour countless cooking shows, culinary magazines and foodie blogs. So how could we possibly be throwing nearly 50% of our food in the trash?

Filmmakers and food lovers Jen Rustemeyer and Grant Baldwin dive into the issue of waste from farm, through retail, all the way to the back of their own fridge. After catching a glimpse of the billions of dollars of good food that is tossed each year in North America, they pledge to quit grocery shopping cold turkey and survive only on foods that would otherwise be thrown away. In a nation where one in 10 people is food insecure, the images they capture of squandered groceries are both shocking and strangely compelling. But as Grant’s addictive personality turns full tilt towards food rescue, the ‘thrill of the find’ has unexpected consequences.

Featuring interviews with TED lecturer, author and activist Tristram Stuart and acclaimed author Jonathan Bloom, Just Eat It looks at our systemic obsession with expiration dates, perfect produce and portion sizes, and reveals the core of this seemingly insignificant issue that is having devastating consequences around the globe. Just Eat It brings farmers, retailers, inspiring organizations, and consumers to the table in a cinematic story that is equal parts education and delicious entertainment.

The discussion leader for the evening will be Pete Pearson. Pete is the Director of Food Waste strategy and execution for the World Wildlife Fund (WWF) in Washington D.C. and works within WWF’s Market Transformation Initiative and Food Team goals. Pete has led national and local sustainability programs including retail grocery projects across 2,000 grocery stores in 37 states. He is a partner with Transcend Productions, a film production company specializing in documentary story telling. Transcend’s most recent documentary project is To Live Local.