In the front room display case.

Missy Dodd, a long time resident of Greenbelt, MD, loves to dabble in many forms of art and needlework but specializes in hand decorated Christmas ornaments. Her tiny teapots won the Grand Prize in a Good Housekeeping Magazine Holiday Contest, and her decorated ornaments have been featured in Country Woman Magazine. Missy got her love and appreciation for all things art from her mother, who taught art and porcelain painting for many years.

Missy participates in juried art and craft fairs during the holiday season and has been a vendor at the Holiday Shoppers Fair at the Ocean City, MD Convention Center. Her teapot related ornaments have been offered for sale in tea shops in Cape May, and Mt. Holly, NJ, Occoquan VA, as well as in gift shops at historic mansions such as the Marrietta Mansion in Glenn Dale, and Montpelier in Laurel, MD.

Missy owns a Decorating Business providing interior painting and wallpapering services for nearly 3 decades. She has designed and painted custom murals in homes of several clients. Missy also enjoys working with her father in his upholstery business. She considers each of these business endeavors as another form of art extended. Missy is fortunate in being able to pursue her passion in so many different forms and is always eager to learn new techniques that expand her creativity in both her business life as well as in her art projects.

In the front room. 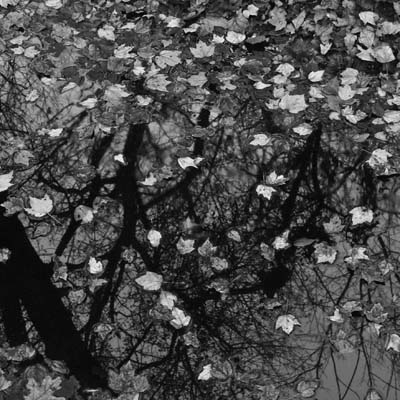 Michael Smallwood has exhibited his artwork all over the East coast and in California. His artwork is included in collections owned by the Smithsonian Institution, as well as private and corporate collections in the United States and Europe. Michael received his BFA from the University of Maryland in 1976. His work is primarily photography since having a stroke in 2008 and finding it difficult to work in the painting and print mediums. Photography has always been an important aspect of his art in painting and printmaking. Most of his exhibitions have been shows of paintings until 2008, when he began showing photographs at numerous galleries. At this time, his work is focused on the photographic image, with black and white imagery as his preferred media.

Traveling the Light of Inner States into 2012 by Barbara Stevens

In the back room. 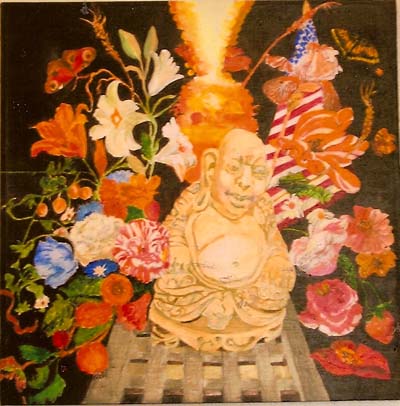 Barbara C, Stevens received her BFA painting at the University of Oklahoma, and a Masters from University of California, Berkeley. Barbara worked and painted in New York City, and then moved to Maryland where she began teaching Art in nearby colleges, including York, Penn. State, and Morgan State in Maryland. She then moved to New Mexico, where she continued to paint and exhibit her artwork. Barbara also taught at a community college in Espanola, NM. When she came back to Greenbelt, she acquired a studio and exhibited at galleries such as Montpelier. She taught art for some time at Prince George’s Community College, after which she retired, but has recently been teaching Art for all ages at Greenbelt Community Center – and is returning to her favorite place to exhibit, the New Deal Cafe.