Splendor of Natural Vistas by Rhia Khan and Misadventures of the Mind: One Year, 365 Paintings by Rich Potter will be on display from September 7th to October 31st, and there will be a public reception for the exhibits on September 26th from 7pm to 9pm.

Splendor of Natural Vistas by Rhia 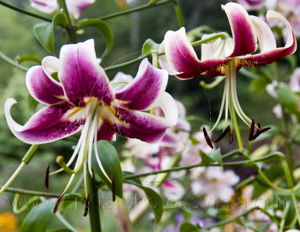 The exhibit consists of some of Rhia’s best photographic artistic pieces, including a dazzling collection of landscapes from New Mexico, Colorado, Maryland, and Washington, DC.

Rhia is the owner and manager of Digital Photos by Rhia™ and a professional photographer. She is also a member of Maryland State Arts Council. While she has photographed with 35mm film, Rhia primarily works with digital photography. Rhia has degrees in Business Administration from Prince George’s Community College (A.S., 2004) and American InterContinental University (MBA, 2010) and has studied art, photography, and business at the University of Maryland (2004-6) and The Art Institute of Washington (2010). Rhia has been a photographer since 2004 and has photographed several bands and musicians as Director of Photography. As an amateur photographer she took stunning photos of landscapes and photographed weddings and events as gifts for her closest friends. With six years of photography experience behind her, including weddings, events, music, sports, nature, architecture, studio, and artistic, Rhia is pleased to offer her debut art exhibit at New Deal Cafe to show some of her best artistic pieces including a dazzling collection of landscapes. Rhia is also an artist and does charcoals, sketches, oil pastels, colored pencils, and has recently started venturing into painting. 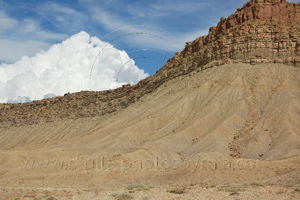 When I take photos, my aim is to take exemplary quality digital shots. In nature photos, I combine elements of lighting, stability, speed, and motion if necessary to take photos that are clearly impressive. Photos of natural elements found within nature, wildlife, moving water, the sun, sky, people present out for a stroll, and the landscape itself all add to the composition of the photo I try to capture. I am proud of my photographs and hope to leave a positive impression upon you.

Often, a challenge I find present during a photo shoot is that the sky is too blue, the water too green (or brown), the wildlife too distant, the trees too…

With digital editing I can fix these problems, however, I prefer to shoot on days where the sunny skies provide optimal shooting opportunities. I would rather capture an image that is breathtakingly beautiful while striking an impression on a viewer’s mind without necessarily having to spend hours editing it. My goal is to convey natural beauty…aaahh well naturally. I hope in your eyes that I meet that goal.

Misadventures of the Mind: One Year, 365 Paintings by Rich Potter 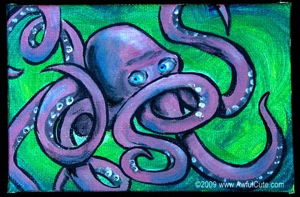